There are times when we want a cool new trendy app or game to be installed; only to find out the app is not available in our country. This can be very annoying because there are plenty of great apps not available in all countries.  Google Play Store has its own terms and conditions and adheres to its own rules collection. Some of the reasons are of this issue are:

We’ll bring you the best and easiest way to install Android applications that aren’t available in your country.

Use VPN to Change Location:

Step One: Download any one of the VPN App from Google Play Store.

Step Two: Select the country where the app is available and connect through the VPN.

Step Three: Once you are securely connected, open the Android’s App settings and clear the App data and the cache of Google Play Store.

Step Five: Now open any browser like chrome and enter the name of the app which you wish to download.

Step Six: Click on the Google Play link and open the app in Play Store.

Step Seven: You are done.

Yalp Store is Google Play Store Without an account with Google. Android is Google’s and anywhere you’ll see Google’s mark on it. You need a whole set of Google Software Apps known as Google Mobile Services or GSM, to use Google Apps on Ios. The GSM includes Google Cloud Services, Google Messaging Services, and other Google Play Services.

When released from the Yalp Store itself, you can download updates The store lets you download APKs and install updates directly from the Google Play Store without having to install Gapps or the GMS package.

Aptoide is the name of the alternative app store for Android. Aptoide is similar to the Google Play Store that provides digital content where applications can be browsed and downloaded. It’s like a marketplace app where all the content is available, any time you need to google search to access the app’s apk file. It currently features over 300,000 applications. Aptoide is not available on the Play Store, because it offends Google’s “No competition clause” policy.

Step One: Perform a quick Google search with the name of the app that you want to use and the letters APK followed.

Step Two: Click on a search result and proceed to download the APK file to your phone for the app you want to use. For your APK needs, we recommend using APKMirror, but if you can’t find what you’re searching for there, you can use Google to take your chances. But, we cautioned, there are malicious actors out there who can hack those apps and install some nasty stuff on your device.

Step Three: If you are first downloading an APK file on your computer, then you may need to allow your system or the app you are downloading the APK file from to install apps from unknown sources and locations.

How to download iOS Apps Not Available in Your Country

Step One: Launch your App store. 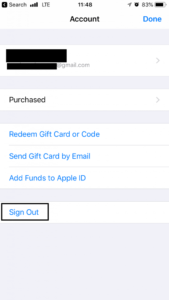 Step Two: Click on the person icon which you will find at the top right corner of the page, and Sign Out of your existing ID.

Step Three: Once you have signed out from your previous ID. The next step is to create a new ID that will help you to change your App store country. 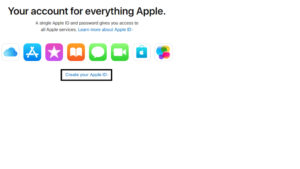 Step Six: Fill all the required fields. And select the new country, from where your desired app belongs to. Tap Continue.

Step Seven: With this, you’ll receive a verification code via email. Enter the code on your device and your new Apple ID will be created. 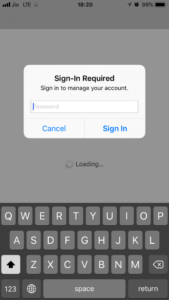 Step Eight: Launch App Store, search for the app you want to download. Once you click on to install button. A message will appear where you have to sign in again with your new Apple ID.

Step Nine: After signing in with your new credentials you’ll be required to enter specific details about account billing information.

Step Ten: Complete your Apple ID, by choosing the mode of payment. You have to choose “None”, fill out the U.S Billing Address, contact information, and click “Next” to proceed.

Step Eleven: Now your device is all set to install Geo Restricted apps on iPhone.

If you want to add the unavailable applications to your iPhone and Android phones, you need to follow all of these measures carefully. However, because of your geographic location, you may not be able to use some of the features of your downloaded apps, but that’s only in online apps whereas you can fully enjoy the features of offline apps.